You can follow the blog’s updates in my channel: Ergonomic code (rus)

It feels like any solid software engineer knows of SOLID in general and the single-responsibility principle (SRP) in particular.

Whenever someone mentions SRP, I always ask to specify which one. That’s because with SRP, there are at least five different formulas with three interpretations. I don’t really see how such a…​ thing can make a good software development guideline.

First off, let’s see the most popular formula—albeit a wrong one:

A class should only do one thing

Well, the principle per se certainly exists. It’s one of the principles guiding Linux philosophy. However, Martin himself says in his "Clean Architecture" that it has nothing to do with SRP:

It is too easy for programmers to hear the name and then assume that it means that every module should do just one thing.

Make no mistake, there is a principle like that. […​] But it is not one of the SOLID principles — it is not the SRP.

Martin himself has provided three formulas for SRP:

The Single Responsibility Principle (SRP) states that a class or module should have one, and only one, reason to change

A module should be responsible to one, and only one, actor

To understand what these three have in common, I had to give three reads to every single piece Martin has ever written on SRP. You’ll save yourself a day or two and get the same answer in 15 minutes if you make it to the end of this post.

Let’s start with looking at how Uncle Bob has been explaining SRP for the last 20 years.

Fun fact: SRP was formulated eight years later than the other SOLID principles. The initial order was different and looked like OLDI. The SOLID acronym was coined not by Uncle Bob, but by Michael Feathers.

The SRP makes it first appearance in the Agile software development Principles Patterns and Practices. In this book, Martin explains it with separating the code based on what it’s responsible for in the system:

Martin keeps explaining the basic idea of SRP as separating the code based on its responsibilitiesZZ in his Clean Code:

The seemingly small SuperDashboard class in Listing 10-2 has two reasons to change. First, it tracks version information that would seemingly need to be updated every time the software gets shipped. Second, it manages Java Swing components (it is a derivative of JFrame, the Swing representation of a top-level GUI window)

Next, in his The Clean Coder, Uncle Bob explains SRP with separating implementation concerns (that us, the GUI and the business rules):

Design experts have been telling us for decades to keep our GUIs separated from our business rules.

In his next piece on SRP, Uncle Bob explicitly uses the "separation of concerns" term:

Here, we have the first time Martin gives SRP this brand new definition:

And this gets to the crux of the Single Responsibility Principle. This principle is about people.

When you write a software module, you want to make sure that when changes are requested, those changes can only originate from a single person, or rather, a single tightly coupled group of people representing a single narrowly defined business function.

Here, he’s talking about separating code by people behind writing it.

This explanation received its final form in four years, in Clean Architecture:

A module should be responsible to one, and only one, actor

Here, an actor is a group of stakeholders—that is, people in some way or another related to the app and/or engaged in developing it—who share the same needs and wants.

I think the sixth—mine—SRP formula is far more clear:

A module should be responsible for implementing the requirements of just one stakeholder.

This formula is based around a quite specific concept of a requirement. I think there are much less conflicting interpretantions to the word "requirement" than there are to the word "actor." "Actor" per se isn’t the best word, as it’s usually understood as "the program’s user"—a definition popularized by the UML.

In my formula, it’s clear why data storage modules should be separated from data presentation modules. The former are specified by the DBA, and the latter by the UX designer. It’s also clear why you should separate the modules responsible for implementing the CFO and COO responsibilities. The requirements for these are defined by different people from different departments.

Neither this SRP formula nor any other one doesn’t provide software engineers with a guide on the nuts and bolts of how they should be implementing the principle in their everyday work. Perhaps it would be more useful to break SRP down into multiple down-to-earth recommendations? For example:

These are much easier to use in day-to-day work for wider circles of software engineers. They would also result in a system that’s reliable and easy to maintain.

I have one more recommendation apart from those listed above. You should separate the "default library" (the domain) and the "scripts" (functions) of the application. This is dicussed by both Martin in his Clean Architecture as the separation of entities and interactors and Evans in his DDD as the separation of application and domain services. Nether they nor I can provide any objective criteria that could allow to see whether the code you’re writing adheres to this recommendation. Therefore, I’m not listing it as a simple and clear one.

Here we go 'round the mulberry bush 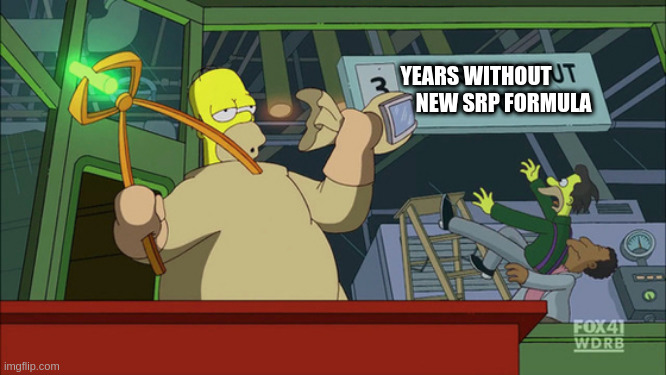 The constant change of SRP formulas and interpretantions could be explained with Martin’s own understanding of SRP changing and evolving. At first, SRP meant for him that we should separate the code by its responsibilities. Then it occurred to him that the code should also be separated by implementation concerns. Finally, Uncle Bob combined both under "people-based" code decomposition.

This was an excellent explanation of SRP history, all the way until Martin wrote his last post on SRP. In that post, he went back to concerns-based code decomposition:

It is hard to imagine that this principle is not relevant in software. We do not mix business rules with GUI code. We do not mix SQL queries with communications protocols.

If we take a step back and look at SRP explanation history, it’ll become clear that Uncle Bob keeps jumping back and forth between these code decomposition criteria:

* In his Agile software development Principles Patterns and Practices, Martin provides one more example in the SRP chapter.

Looking at this example (from 2021), we can conclude that different apps will have different users (which are one kind of actors) and the draw and area methods serve for implementing the requirements of different actors.

** In the Clean Architecture, concerns separation is mentioned as well (the save method defined by the CTO). In this book, though, Martin isn’t explicitly discussing the need for concerns-based decomposition. Considering the quite unconventional usage of the word "actor," this explanation could be interpreted as decomposition based on the users alone. This would be a fourth SRP interpretation, albeit I’ve never encountered it in the wild.

You can separate SQL and JSP and still use the same code in different functions, as well as break some users' functions while modifying some other users' functions. Alternatively, you can get each user or each function of the system their own dedicated microservice, as well as have just one method for json parsing, business rules, and SQL request execution. You’ll end up with fragile code that’s painful to maintain, though.

Functionality implementation concerns and functionality per se are orthogonal axes of code decomposition.

SRP violates one of its own interpretations and mixes together various concerns of software design. I have zero idea on why Uncle Bob would combine two different principles to make one.

Perhaps it took Martin himself some time to understand that code should be separated by both responsibilitity and implementation concerns. By the time he understood this, the SOLID had already taken off and become a brand no one would want to lose.

Can we rely on a principle whose formula and interpretation both change every three years? I don’t think so.

To sum things up:

Even though SRP is the most questionable SOLID principle, the other four have their fair share of problems and conflicting readings as well. Therefore, I don’t think that SOLID as it is can be a good system design guideline.

Yet still, the SOLID contains quite a lot of good and useful ideas. That’s why I’m not calling for it to be abolished altogether — I’m suggesting for it to be reinstated. We should pick out the relevant ideas it contains, make these more specific, and supplement them with best-practice examples. Naturally, everything that has now lost its relevance should be deprecated.

Here’s the most important part: we shouldn’t pigeonhole ourselves by only using those principles whose first letters can form up a pretty acronym.